2018 Recap: LeDuff -- Amazon Was Just Being Nice to Detroit

This repost from Jan. 24 is the fifth in a Top 10 countdown of most-read articles in 2018, a daily series through next Monday. Links to earlier installments are at the end.

Business leaders tell us that Amazon executives say Detroit didn't make the finals for its new headquarter sweepstakes giveaway because the region doesn't have enough trains or brains.

Commuter trains? Miami is among 20 cities still under consideration. Miami doesn't have commuter trains, but it does have horrendous traffic. Nashville doesn't have trains either. Nor does Raleigh. Nor Indianapolis. Nor Columbus. Nor Pittsburgh. Not really. Not big fast crowded ones. Most people in America commute by car.

Detroit doesn't have the talent pool, we're told. But, the Bronx isn't known to be a petri dish of intellectual innovation. New York City imports most of its "talent." Georgians in Atlanta aren't known for their high IQ. Nor Texans. Nor Tennesseans.

Besides, smart people will move to wherever the smart jobs are. Even to Newark -- another finalist!

It seems that Amazon's explanation to Detroit is akin to an out-of-town aunt calling the fat nephew "big boned." She's just being nice.

Look, we're all raising our children here. We love our place. That said, it's time for an intervention.

Let's take a hard look in the mirror. Detroit emerged from bankruptcy just over three years ago. Public dollars are precious. Maybe what the online retail giant is telling us is we need to invest in infrastructure and education instead of skyscrapers and hockey arenas and billion-dollar giveaways.

Trains? Our roads and bridges are a disaster. Michigan voters rejected a gas-tax hike to pay for highways and other transportation projects back in 2015. As a consequence, the governor had to ram through a $1.2-billion hodgepodge deal that diverts money from other services like public schools. And even at the current funding level, transportation officials say the roads will continue to deteriorate.

It's also worth noting that after spending hundreds of millions of dollars on light rail, the new downtown Q-Line is running in the red.

Then there are the schools. They're awful. And I'm not just talking about Detroit.

Michigan continues to languish in the bottom half of states in terms of academic achievement. Standardized test results released in August showed declines statewide in reading and writing for middle school students. Another report last week said the state does not invest enough in K-12 education. Funding levels for higher education in Michigan have also declined.

Amazon is a hip company. It wants cool stuff for employees, like an education for their children.

Amazon likes data, too. And Amazon asked interested cities to submit their crime numbers. One wonders what Detroit gave them, since the Detroit Police Department has disputed its own statistics for three years running, citing unspecified 'computer glitches' and double counting.

But no matter how it's counted, Detroit still holds title to the nation's most dangerous city. At the same time, experienced cops continue to beat it out of town, taking better paying jobs elsewhere. Hello Newark.

Amazon has a Facebook page. And certainly some executive from the selection committee saw the posts about the teenage shoot-'em-up at Noel Night behind the Detroit Institute of Arts. Certainly some Amazon executive saw the bewildering Facebook Live interview where Detroit Police Chief James E. Craig said he had not planned for violence that evening. 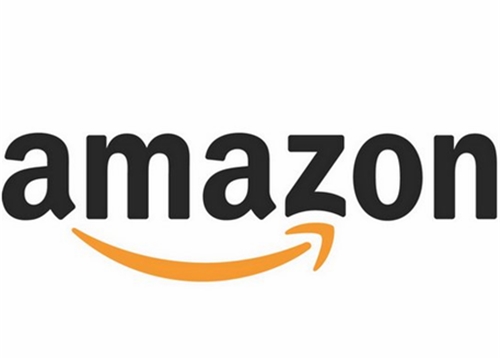 Jeff Bezos, the founder of Amazon.com, also owns The Washington Post. He bought it in 2013 and is credited by some with having coined the paper's new motto: Democracy Dies in Darkness. When you're a guy like Bezos -- shining a light into Detroit -- imagine what you see. The United States Treasury doesn't believe Mayor Mike Duggan's tall tale that the federally funded demolition project in Detroit is a model of honesty and efficiency. That's why a federal grand jury was impaneled. Indictments are expected.

Even Dan Gilbert, who put the pitch together, was distracted the morning the bad news from Amazon came. His people were in court and he was busy calling lawyers from the Department of Justice gangsters. As true as that may be, it is Gilbert's company that faces serious allegations of massive mortgage fraud.

And then there's Flint. Enough said.

8. LeDuff: Where’s the Five-0? A Scary Night in Real Detroit