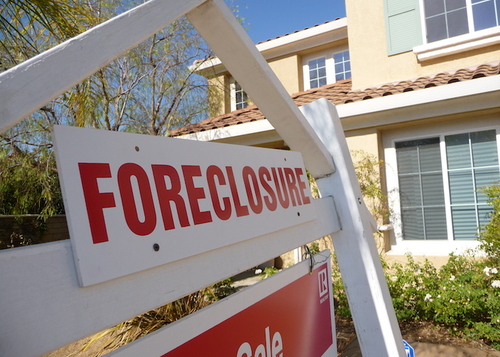 The case has been filed on behalf of Uri Rafaeli, an Oakland County man who lawyers say accidentally underpaid the 2011 tax bill on the Southfield rental property he owned by $8.41. Oakland County seized his house and sold it at auction for $24,500 in 2014.

Lawyers argue that Michigan counties that seize houses with delinquent tax bills and sell them for more than what's owed do so in violation of property rights protections in the U.S. and Michigan constitutions. The takings clause of the Fifth Amendment says private property “should not be taken for public use unless just compensation is paid.” There is a state equivalent of that clause.

The case could have broad implications for tens of thousands of Michganders — many of them in Detroit — who've lost their homes to tax foreclosure.

Larry Salzman of the Pacific Legal Foundation, which is bringing the suit, provided an update on the case in an opinion piece published this week in the Daily Caller:

Shortly after Rafaeli lost his home, he sued in federal court but was told he had to go to state court instead. The federal trial judge noted in passing, however, that Rafaeli suffered “a manifest injustice that should find redress under the law.” In another similar case involving the seizure of a church property, a federal appellate court called Michigan’s behavior a “gross injustice” likened to “theft.” In yet another federal case, also dismissed, the judge declared Michigan’s abusive tax regime an “unconscionable” system while lamenting that no relief is available in federal court.

Taking the advice of the federal courts, Rafaeli sought relief in state court. He has fared no better up to now. In an appeal from his loss in state trial court, the panel of appellate judges determined that they could not return to him the excess funds collected by county because Rafaeli “acted contrary to the welfare of the state by failing to pay [his] taxes.” That result moved one of the appellate judges to write a separate opinion, agreeing that the decision was correct as a matter of precedent but calling it a “gross injustice.”

Only Michigan’s high court now has the power to declare this “gross injustice” unconstitutional. It must do so, putting an end to an “unconscionable” system.