Spreading the 'Comeback:' Firms Reach Out to Lift 7 Detroit Areas with $35 Million

Mayor Mike Duggan has a legit reason to feel good about how 2018 is wrapping up and about what's ahead for city neighborhoods beyond those already showing Detroit's so-called comeback.

Four banks and three local companies are kicking $5 million each into his Strategic Neighborhood Fund, which spiffs up commercial corridors to attract retail and housing developers. The fund also gives grants for startup businesses in targeted areas.

Chad Livengood of Crain's Detroit Business was among reporters at a northwest Detroit announcement: 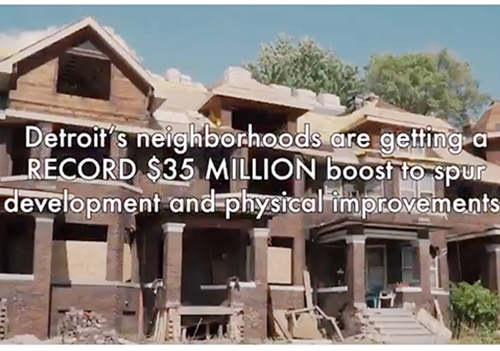 The corporate philanthropy is expected to leverage $70 million in private investment over the next five years, Duggan said.

"We believe this is the largest single corporate donation for neighborhood redevelopment in the city's history," Duggan said Monday morning at an announcement event at Artist Village in the Old Redford neighborhood. . . .

The combined $50 million is halfway to Duggan's goal of raising $100 million in private donations for the fund, which is used to fund infrastructure improvements. . . .

"This is what the people of Detroit have been waiting for — when does the development spread to my neighborhood?" Duggan said. . . .

Ultimately, the fund is designed to lure developers outside of the 7.2 square miles of downtown and Midtown.

These neighborhoods, shown on a map below, will benefit: 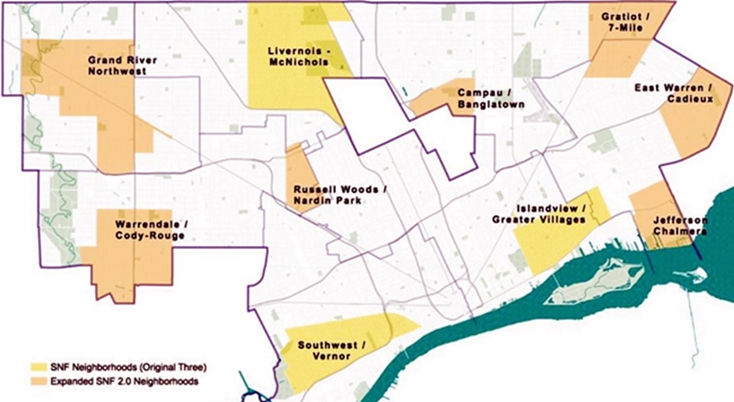