From Hulk to Hotel: A Transformation Near Grand Circus Park Is Dedicated

The change from then to now is remarkable, and not just because it took only 16 months.

The before photo above, snapped in mid-2017, shows the front portico at the Metropolitan Building, built in 1924-25 at 33 John R St. in downtown Detroit and unused since 1979. Fast-forward to this tweet Monday by a part of Westin Hotels & Resorts:

Tonight, #TheMetropolitan reopens in #Detroit. Vacant for nearly 40 years, this architectural gem will soon be home to an @ElementHotels in the coming weeks. We cannot wait to serve you and look forward to sharing this restored landmark with the Motor City. #preservation pic.twitter.com/7GE2R7bAD3 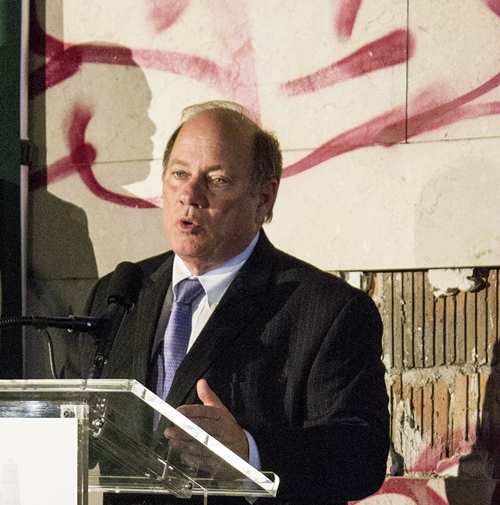 The relic was rough when Mayor Mike Duggan spoke there last year.

"It’s a new day in Detroit," Mayor Mike Duggan says in a statement about Monday evening's rededication at downtown's longest-empty high-rise. "Things that seemed impossible are happening every day."

"Glad it was saved and excited to see the renovation," posts Jon DeBoer, a Detroit photographer and graphic designer who took that tweeted nighttime cityscape from the 15-story neo-Gothic tower.

The Metropolitan Building arises like a medieval castle nestled near Grand Circus Park. Once home to the city’s jewelers and watchmakers, [it sat]  empty and decaying, an unpolished gem where time has stood still. . . .

The Metropolitan was home to the last of the city’s infamous "roof trees" that sprung up on abandoned skyscrapers. This green-leafed survivor, a cottonwood, was lowered to the ground and transplanted on Belle Isle [when restoration began in August 2017]. 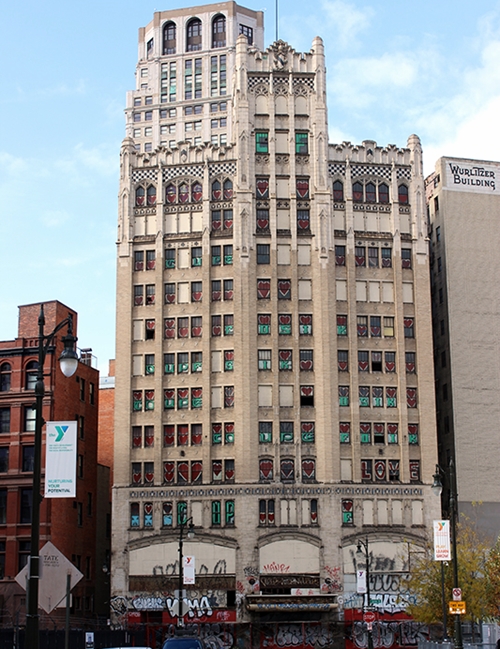 From eyesore to elegance in 16 months.

The $33-million overhaul includes a facade cleanup, new portico with the vintage nameplate reinstalled, restoration of a Great Hall and second-floor jewelry stores into conference rooms, plus an outside bar and terrace lounge on the roof. (Two more pre-upgrade photos are below.)

The extended-stay Element Detroit at The Metropolitan will open later with 110 rooms, a fitness center and a small grocery..

A century ago, its neighborhood was known as the Necklace District -- "a nexus for retail, fashion and entertainment in Detroit’s heyday," one account says. Now it's sometimes called the Theater District, at least by civic boosters, because it's within walking distance of the Fox, the State, Music Hall and the Detroit Opera House, theoretically.

David Di Rita of the Roxbury Group, which bought the building in 2016 in partnership with the Means Group, says in a statement:

"We view ourselves as custodians of this incredible piece of Detroit's architectural history, and we are honored to be bringing new life to The Metropolitan and preserving it for future generations. We take a great deal of pride in bringing new life to a building many said couldn’t be saved."

Below are two images from Quinn Evans Architects, which designed the upgrade, and a minute-plus video by MLive is from a walk-through before work began last year: 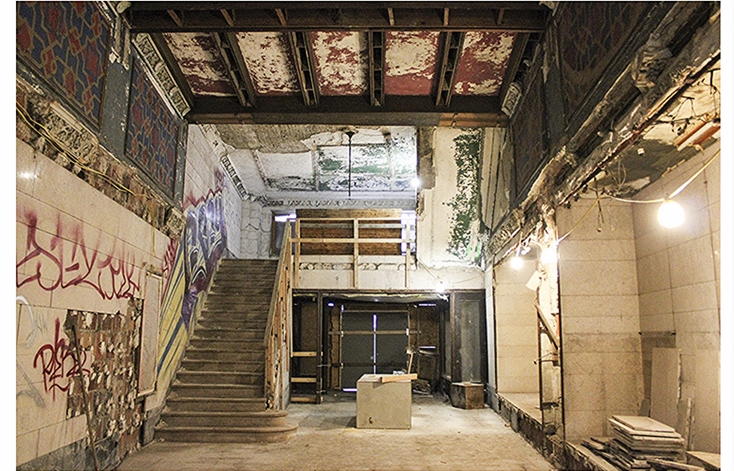 The scrapped and vandalized lobby in August 2017. 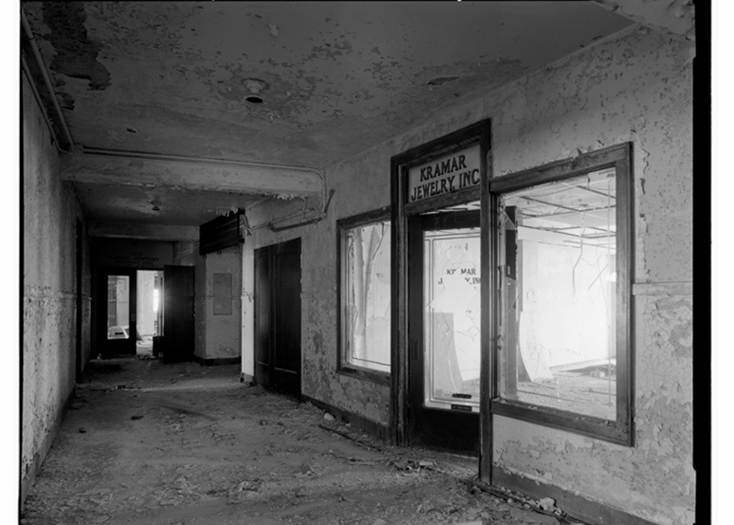 Wholesale and retail jewelers' showrooms and workshops were on the second floor.