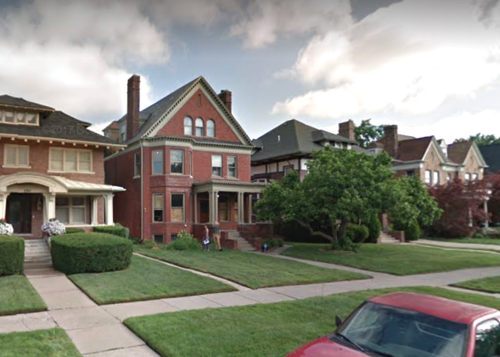 For years, the touted recovery of Detroit property values has relied heavily on crazy gains posted by the booming commercial districts. But now, evidence shows it has reached the neighborhoods, and not just a few of them. 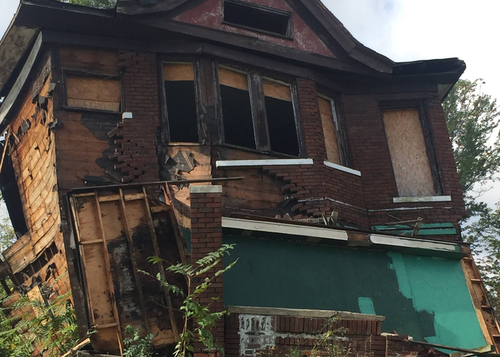 For years, this was the image of Detroit real estate. No more, and not just because this house was leveled weeks ago. (Photo: Nancy Derringer)

Multiple media sources are reporting the city assessor's figures, summed up by Daniel Howes in The Detroit News:

This week the city said property values rose last year for roughly 90 percent of the city's nearly 200 neighborhoods, with some neighborhoods notching gains of 20 percent. The city assessor concluded that the value of residential property added $400 million in value. And the value of commercial property surged 35 percent.

The upshot: Detroit's revival is spreading beyond its downtown spine and the real estate empire of mortgage mogul Dan Gilbert, chairman of Quicken Loans Inc. and its family of companies. Foundations and banks, long considered part of the problem in Detroit because their traditional lending standards hampered efforts by residents to secure financing, are essentially helping to create a functioning market.

Over at the Freep, Nancy Kaffer acknowledges the good news, but adds context:

And of the estimated 65,000 real estate transactions in Detroit over the last two years, Michigan Radio's Sarah Cwiek found, just 11,000 are mortgage sales, cash sales or registered land contracts that can be used to calculate assessments. The rest? They're less conventional transactions like quit-claim deeds or unregistered land contracts — mechanisms more likely to be used in the least prosperous neighborhoods, where buyers find it harder to obtain mortgages and property values haven't risen that much, if at all.

Bottom line: If you bought a decent piece of property in a viable neighborhood at the right time, you should be happy. Elsewhere, well: Be smart.