Maurice and Nancy Allen bought their living room cabinet as affordable furniture for newlyweds in Franklin. Seven decades later, the $100 purchase was auctioned for $48,000 to a California museum. 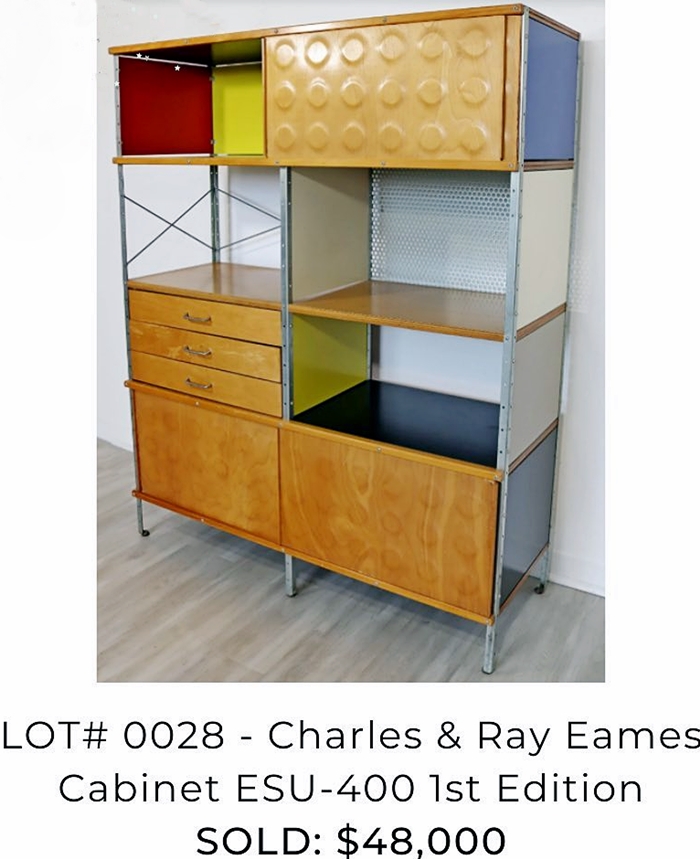 The Franklin keepsake that paid off. (Photo: Le Shoppe Too)

The Detroit Free Press has the tale:

The piece turned out to be a rare storage unit designed by midcentury modern masters Charles and Ray Eames.

Nancy Allen, now 98 and widowed, and her family hired Le Shoppe Too, a consignment shop, and Detroit Fine Art Appraisals to assess her possessions before her move to Pennsylvania to be with her children.

The cabinet was ... bought by a curator for the Eames House, a museum and National Historic Landmark in Los Angeles.

That attraction had been the married designers' home before he died in 1978 and she followed in 1988. They met in 1940 as Cranbrook Academy of Art students in Bloomfield Hills

The Allens' piece brought the highest price ever paid for an original Eames storage unit, Detroit Fine Art Appraisals founder Terri Stearn says in a media release. "There’s only four or five of these cabinets left in the world," she adds.

Deborah Slobin, co-owner of the Keego Harbor consignment shop that first received the cabinet from Allen's son and daughter, tells the paper she expected it to go for about $20,000.