This is what we get when commerce, craving and creativity mix: Super Bowl merch to salute a quarterback playing Sunday for the Los Angeles Rams after languishing with the Lions. 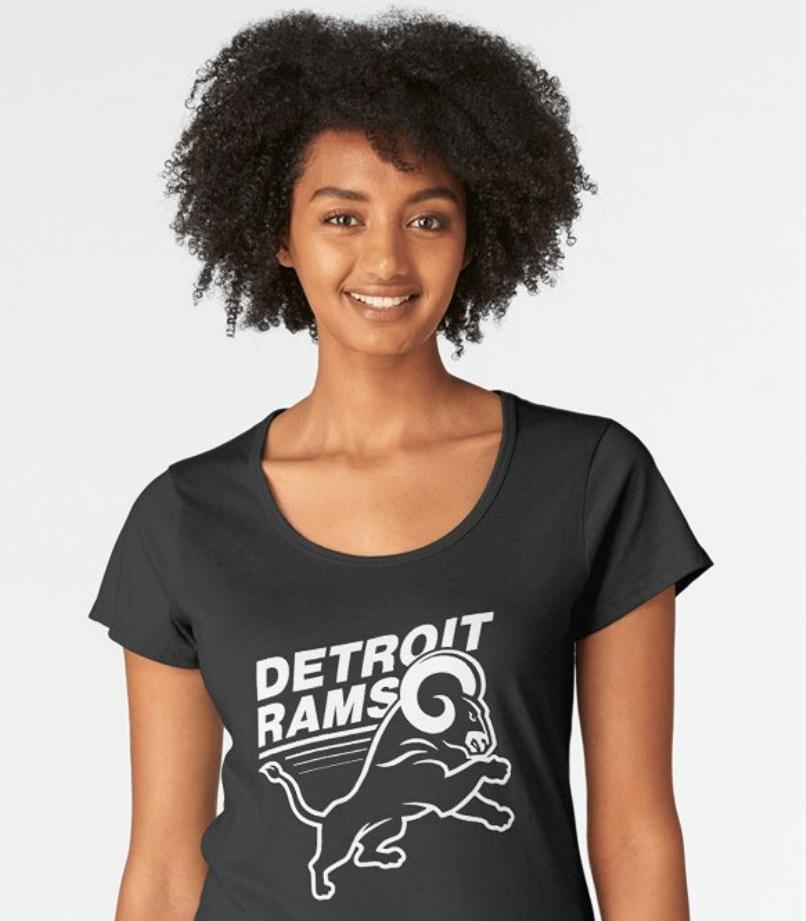 "Detroit supports Matthew Stafford in the Superbowl," says a tweet Monday from The D Line, part of an artists' and designers' platform called Redbubble.

It slaps "Detroit Rams" on garments, caps, stickers, posters, coasters, cards, a throw blanket and even kids' shirts and baby onesies. It's a seize-the-moment marketing initiative for Stafford fans in a city with a football team, loosely speaking, that never reached the sport's pinnacle and last won a division title in 1993.

Stafford was traded to the Rams last March after 12 seasons here. On Jan.30, in his first NFC championship game, L.A. beat the San Francisco 49ers by 20-17 after being behind by 10 points as the fourth quarter began. The Rams' new quarterback completed 31 out of 45 passes, including two touchdown throws, and made an interception. 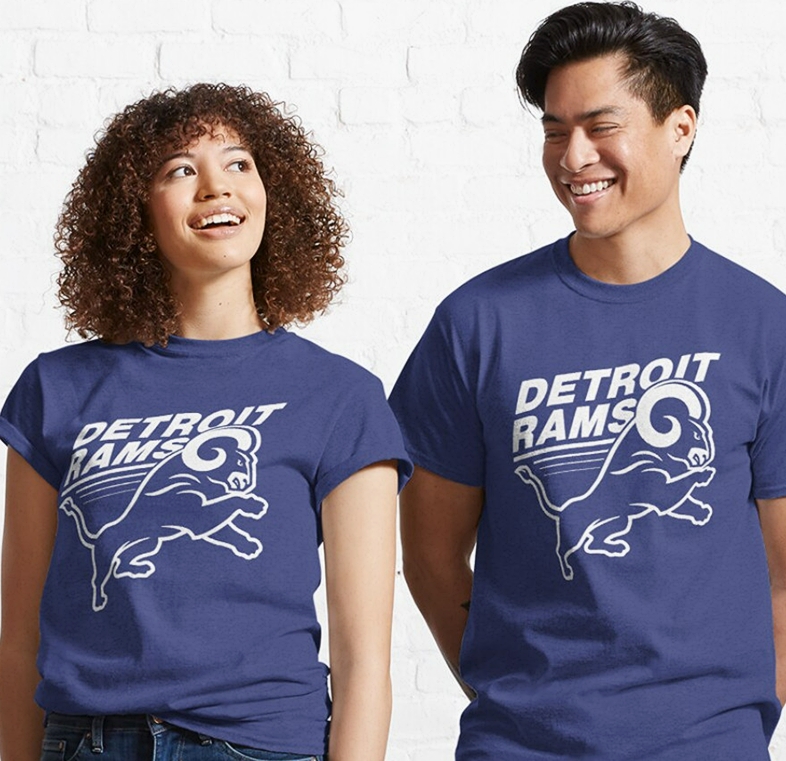 "This guy, he is the real deal and he's proving it," retired Lions guard Rob Sims says in an ESPN post today. "It's just good for us [ex-teammates], seeing somebody that came from where we came from, to go to that next level and prove it."

The group of players who worked with Stafford from 2009-20 in Detroit have been vocal about watching Stafford's journey this season.

The quarterback, who turns 34 Monday, may be a Ram now, but his ties to Detroit are deep. Lions fans have loudly cheered their former quarterback on social media. ...

In some ways, Stafford's run through the playoffs has been Detroit's run, too. ... "I do wish we'd had done it here," [long-snapper Don] Muhlbach said. "It would have been better if we all could have done it together, but I think a lot of his old teammates are thinking the same thing I do. We're all so happy for him."

In a bid to cash in on that spirit, The D Line e-store shows 36 items priced from $1.34 (sticker) to $42 (hoodie) -- just in time for Sunday watch parties in homes and sports bars.