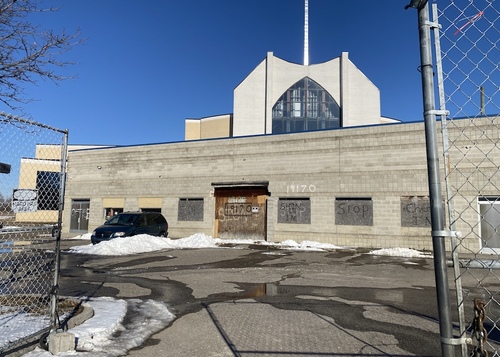 Ambitious plans for a new mega-church and multi-use development that Perfecting Church announced in 2003 for the Woodward corridor inspired hope.

The $60-million project, Pastor Marvin Winans said during a news conference at the Renaissance Center, would transform a struggling neighborhood on the northeast corner of Seven Mile Road and Woodward. Plans included 70 townhouses and a four-story administrative building. A proposed 165,000-square-foot church would seat the 4,000-strong congregation, include classrooms, a baptism pool large enough to accommodate a whole family, a bookstore and a 1,100-space parking deck all on 15 acres.

Plans at the time also called for the original Perfecting building at East Nevada and Van Dyke to be transformed into a performing arts theater. Construction would conclude within three years, church leaders said at the time, and Perfecting even called in Oprah Winfrey as a guest of honor for a fund-raising gala.

But nearly 20 years later, the project remains incomplete. For more than a decade, the building has been a vacant shell, though church officials insist interior work is ongoing. No ground has been broken on the residential development, and a boarded up, blighted garage along Woodward asks visitors to “check in.”

However, that could soon change.

City officials say they’re ramping up pressure on Perfecting to complete the project, and church leaders say they’re in the process of exploring financing, hiring a new construction manager and reviewing plans.

In a statement to Deadline Detroit, Katrina Crawley, the city’s blight remediation manager, wrote “multiple city departments recently began meeting with representatives of Perfecting Church regarding the status of this project.”

“The team has enrolled the church in a 14-day meeting rotation to address multiple issues, and to structure timeliness and expectations that will move the project forward to completion,” Crawley added. “The church also has committed to hiring a new construction manager in the next two weeks, and to have an updated construction plan by the end of March.”

Perfecting general manager Cindy Flowers said the church is optimistic it will complete the project, though she didn’t immediately have a target date. 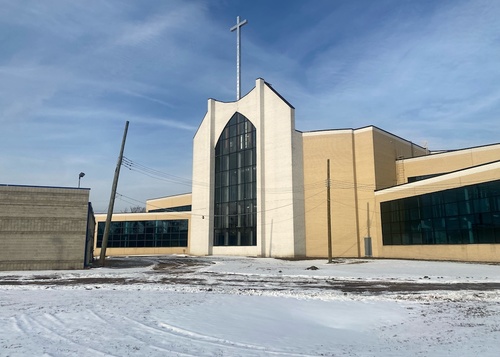 She defended Perfecting against criticism that its progress has been slow, noting it has so far self-funded $17 million in costs while also building a $350,000 transitional home for women in recent years. The building is about 65% complete, she added.

“What is remarkable is that as a church, we have been able to still be committed to our community by continually helping the underserved [and] sustaining our ministry operations,” Flowers said. “While some see it as a project ‘not moving forward,’ they truly miss the big picture of what all we do as a church.”

One observer and radio host still wonders what took so long for the city to step in.

"How did they get a pass for all these years? Duggan has been in office for eight years. Has that building ever been ticketed?" said Adolph Mongo, a political consultant and host of 910am's Detroit in Black and White, where several callers early this month sounded off on the long delayed project. "It's an embarrassment. Any other city around metro Detroit wouldn’t allow this."

In 2016, church leaders told WWJ they had run out of funds and were soliciting donations from their 4,000-member congregation.

“We had bank money a few years ago and then some issues happened on Wall Street and financial institutions froze funding for the churches around the county, quite frankly,” then-construction manager Roy Criss said. “And this beautiful congregation is building this church out of the collection plate.” 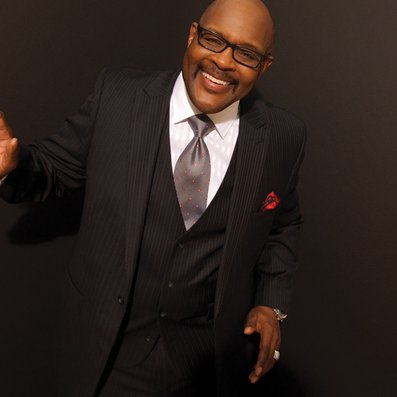 At the time, Winans told WWJ the new church would open in 2017. It didn’t, but he was able to around that time take over a Toledo church that was left leaderless after two officials were charged with sexual misconduct with a minor. Winans also secured the congregation a new building.

Though little appears to have changed at the Woodward site over the past five years, Flowers told Deadline Detroit that interior work is completed as money is raised.

That approach has moved slow enough to attract the city’s attention. But the apparently stalled project is only part of the concern. Perfecting or its non-profit development arm have also been cited with dozens of blight violations at nearby properties. The city has issued about 50 tickets to church-owned properties since 2006, with the latest round issued in November for violations on a property on Nevada.

A 2014 WXYZ investigation found one of the church’s homes being used as a crack house on a block where families and children lived and played.

City officials say the church has been responsive to citations and addressed the issues. All of its blight tickets have either been paid or dismissed by the city, records show.

Flowers downplayed the violations, saying illegal dumping by others was to blame, and that city inspectors simply caught the problem before the church could take care of it. Few violations were for dumping, however; far more were for “failure to maintain a vacant building or structure” or registration violations.

Mongo, meanwhile, remains skeptical the project will ever be complete, noting the continuously shifting timelines.

"When they started breaking ground, people were babies. Now they’re in high school. Who knows if they'll ever get the money to finish," he said.

The author is a Detroit freelance writer and former staffer for Metro Times.

Violet Ikonomova contributed to this report.