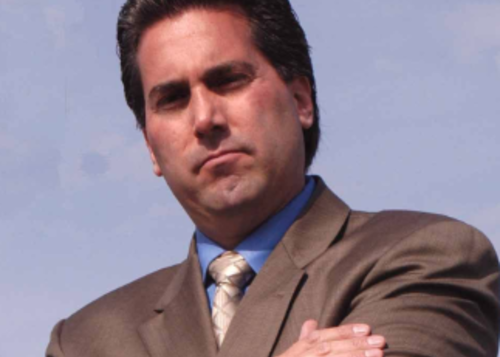 In the great tradition of giving Kevin Adell's radio station far too much press, we're writing to share that the 910am owner has called the cops on a Livingston County Sheriff's sergeant he claims threatened him over his "hiring" of state Rep. Jewell Jones.

Sgt. Cory Rosenbergh says he wrote Adell in an effort to meet with him about Jones, 26, who this week joined the station's roster following a series of asinine stunts. They included threatening to call the governor on officers who arrested him for drunken driving in April and bringing a handcuff key to the Livingston County Jail after his September arrest on a series of bond violations.

Here's what Rosenbergh had to say:

"Hey Mr. Adell. I’m very glad you would hire a criminal who tried to sneak a handcuff key into my jail! Very thoughtful of you sir. Let’s see, why would one try to smuggle a key in to a jail? Possibly to hurt someone who works there?! Like myself! I would like to meet with you Mr. Adell. Please call me.

Not only did Jewell Jones fight with police on the outside, he planned on trying (to) hurt corrections officers on the inside. If you don’t call me, I will show up at your building for a meeting here sir. If you’re not a coward, please call me so we can discuss why you would chose (sic) to hire a lying piece of trash like Jewell Jones. Thank you."

"He said if you don't call me, I'm gonna show up," Adell said. "Radio stations don't like threats and they don't like people coming over. If you don't like it, don't listen."

The sergeant, however, says he never threatened Adell.

"I'm not stupid," Rosenbergh said when reached by phone Wednesday. "I don't even know the guy."

The Southfield Police Department confirmed Thursday that it was investigating but said preliminarily that the case appeared unlikely to result in criminal charges.

The Livingston County Sheriff's Office did not immediately respond to a request for comment.

Led by Mike Murphy, a Republican who campaigned for Donald Trump, the agency was accused in December of impinging on free speech when it sought criminal charges against a woman who criticized anti-maskers on Twitter. The county prosecutor's office denied the warrant request.

"Jewell Jones should have equal treatment," he said. "(Rosenbergh is) there to protect citizens — not to have an opinion of whether someone should be on the radio or not. How is he a sergeant?"

910am Superstation serves a largely Black audience and has a track record of giving a platform to high-profile current and former politicians who've fallen from grace. Adell defended that approach Wednesday with a maxim on second chances and likened the station's product to WWF wrestling.

"You don't watch it for real wrestling — it's shock and awe," he said. "That's how you have to look at the radio. We're not gonna get a Murrow award — it's entertainment."

Plus, "it's not like (Jones) was molesting little children or something, he was caught fighting with the police."

Adell expects Jones' show to provide a combination of entertainment and "probably a little advice — like don't bring a key into jail or something." He said the state rep appeals to the station's core demo of Black men between the ages of 24 and 54 and has already brought new advertising dollars to his daily 7-9 a.m. time slot. (Jones, however, will not be earning a salary, as is customary for 910 hosts.)

Adell also says he has a hunch Jones will help grow the station's white audience — at least by one.

Rosenbergh is "gonna be listening all the time," he said. "If he took the time to write a note and threaten me, he's gonna really like it." 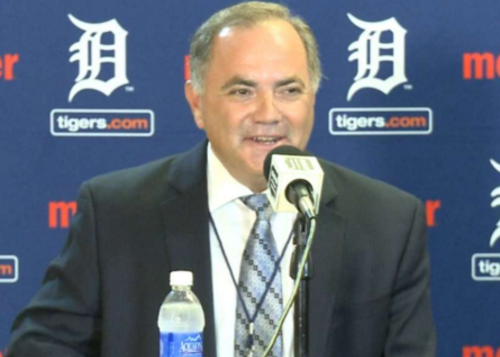