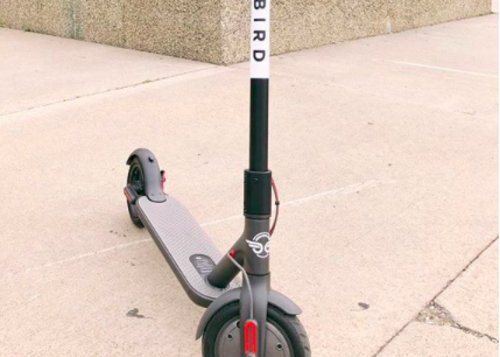 Justin Almeida, 34, of California, has a message for the city of Detroit: Fix the damn roads.

Almeida claiims he was driving a Bird electric scooter six months ago when he hit a six-inch-deep pothole at Warren and Second in Midtown Detroit and crashed, causing a fractured skull and broken facial bones, WXYZ reports.

The suit alleges he suffered brain damage and is unable to work, read or see clearly.

"It's tragic when you see what could have been prevented," Gerald Posner, Almeida's attorney, tells WXYZ.

"His work as a software engineer involves looking at lots of little lines of code and, like, moving around puzzles and software architecture and we don't know if that's work he will ever be able to do again," said his wife Tori Porell.

State law says a municipality has to fix a pothole within 30 days of it being reported. Posner, of Farmington Hills, tells the station that neighbors said the pothole was there at least six months before the crash and three months after. He said it's unclear if the city knew about the pothole.

The city told the station it can't comment on pending litigation.