Royal Oak will go from 0 to 3 weed dispos, to the dismay of some residents

Royal Oak city commissioners clear the way for their suburb's first cannabis dispensaries, though it took five hours at a meeting running until nearly midnight Monday.

The action lets Royal Oak play catch-up with nearby Ferndale, Hazel Park and Madison Heights, which each have recreational pot shops, allowed by a 2018 state ballot proposal. 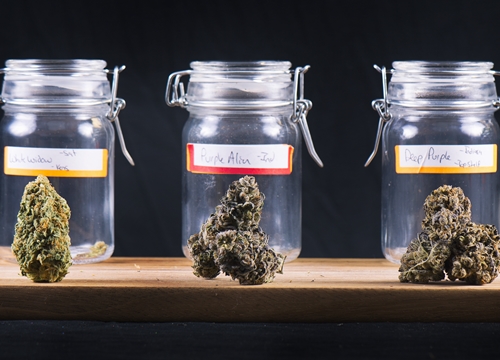 A line of people gave their thoughts. ... The majority live near a proposed upscale retail pot operation [Royal Treatment] on Harrison Street -- a location that's surrounded by expensive condos. ... The dispensary is not a good fit for a residential area,” one woman said.

The second operation [Gatsby Cannabis] is proposed for an industrial area -- 88 feet away from a vocational high school that was grandfathered into the zoning for that area.

"If this was to be located 88 feet from Royal Oak High School, you would think very differently about it than you do about this," a resident said. ...

The third business [Best Lyfe] is slated for a spot on Woodward Avenue. It didn’t receive any negative reaction.