At least 5 Michigan prosecutors would not enforce abortion ban 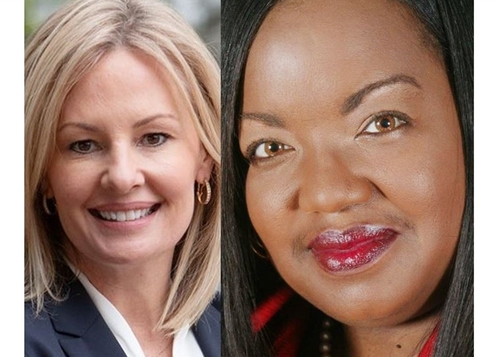 Prosecutors in some of Michigan's most populous counties have indicated they will not pursue criminal charges in abortion cases should a U.S. Supreme Court decision cause the state to revert back to a 1931 law banning the procedure.

The top prosecutors in Wayne, Oakland and Washtenaw reaffirmed that commitment this week in statements to The Detroit News, as a leaked high court draft opinion signaled the looming overturning of Roe v. Wade. They initially laid out their intentions in April, in a joint statement with four other county prosecutors.

When the state's anti-abortion laws were passed, "there were no women serving in the Michigan legislature," the prosecutors wrote. "Those archaic statutes are unconstitutionally and dangerously vague, leaving open the potential for criminalizing doctors, nurses, anesthetists, health care providers, office receptionists – virtually anyone who either performs or assists in performing these medical procedures. Even the patient herself could face criminal liability under these statutes.

"We cannot and will not support criminalizing reproductive freedom or creating unsafe, untenable situations for health care providers and those who seek abortions in our communities. Instead, we will continue to dedicate our limited resources towards the prosecution of serious crimes and the pursuit of justice for all."

At the same time, the revived Depression Era statute could effectively make many or all medical abortion providers reluctant to perform the procedure anywhere in Michigan. Plus, the statute of limitations is six years, leaving the possibility that Republican successors could enforce it retroactively -- a chilling prospect for doctors who perform abortions.

Planned Parenthood of Michigan clinics "follows all state and federal laws," spokesperson Ashlea Phenicie tells Bridge Michigan. Its clinics would be in a "difficult position" if Roe is overturned, she adds.

The News surveyed prosecutors in 10 of the state's 83 counties and found five wouldn't enforce the old law and four would make decisions on a case-by-case basis. One would not say how they planned to proceed.

Macomb County Prosecutor Pete Lucido, a Republican who left the Michigan Legislature following a sexual harassment probe, was in the pro-enforcement camp.

Lucido ... said in an interview that prosecutors don't have the "right to pick and choose laws in this state."

"If the police present a valid warrant with those elements of a crime, a prosecutor must prosecute," Lucido said.

Worthy on Wednesday released a new statement on the issue, saying "I feel like I am living in the twilight zone."

"I have three daughters. Now more than ever I must stand to protect them and their reproductive rights," she said. "Beyond that, as someone who has looked into the eyes of hundreds of sexual assault and incest victims, how dare anyone enter into to their trauma dictating what they should do with their bodies.”