Leave it to former Freep columnist (and Deadline Detroit co-founder) Bill McGraw to write the funniest thing in the Sunday paper. 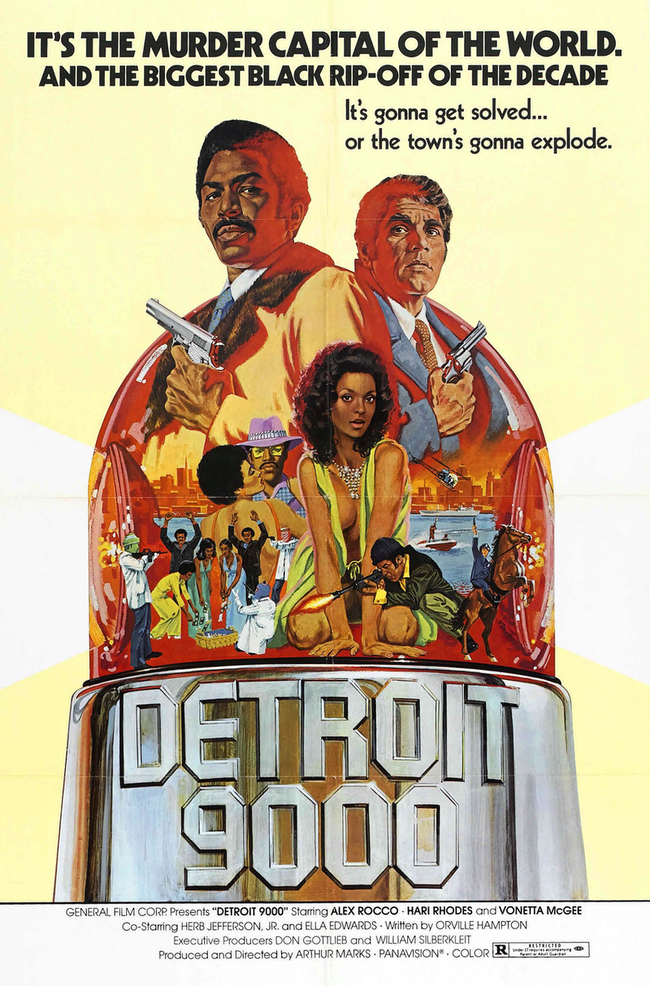 His Free Press Flashback piece on "Detroit 9000" is an entertaining look at what happened when a Hollywood production came to town in the early '70s to shoot an action movie, got the full cooperation of the police force and then turned out a piece of grindhouse crap.

A Black congressman from Detroit announces his run for Michigan governor in the ballroom of the Book Cadillac Hotel. After he collects $400,000 for his campaign in money and jewels from Black supporters, a group of masked robbers cleverly steals the loot.

That bold caper is the opening scene in “Detroit 9000,” the low-budget tire squealer that made big headlines in 1973. Hyped as the first locally filmed feature movie, it ended up embarrassing city officials and local celebrities who had fallen hard for Hollywood’s promise to splash the glories of Detroit across the silver screen.

The trailer is fast-paced, but a savvy viewer can catch a few recognizable glimpses of the city, and any local would recognize the ass end of a Ford making a bootlegger's turn on what looks like an abandoned loading dock.

Apparently no one involved with "Detroit 9000" needed to have an Oscars outfit reserved. And they knew it from the beginning:

(Detroit Mayor Roman) Gribbs and others believed the film exploited the city’s struggle with racial change and crime. And they really hated the marketing. Ads proclaimed Detroit “the murder capital of the world” — “where honkies are the minority race.”

Needless to say, the film was pretty well panned upon its release, although hardcore grindhouse fans like Quentin Tarantino gave it new life when he added it to a curated collection of such material.