Barry County's sheriff is not giving up on election-fraud claims

If you're wondering whether Dar Leaf, the outspoken sheriff of Barry County, is discouraged after two years of not finding the election fraud he's convinced happened in November 2020, check in with the Las Vegas convention of the Constitutional Sheriffs and Peace Officers Association earlier this month. 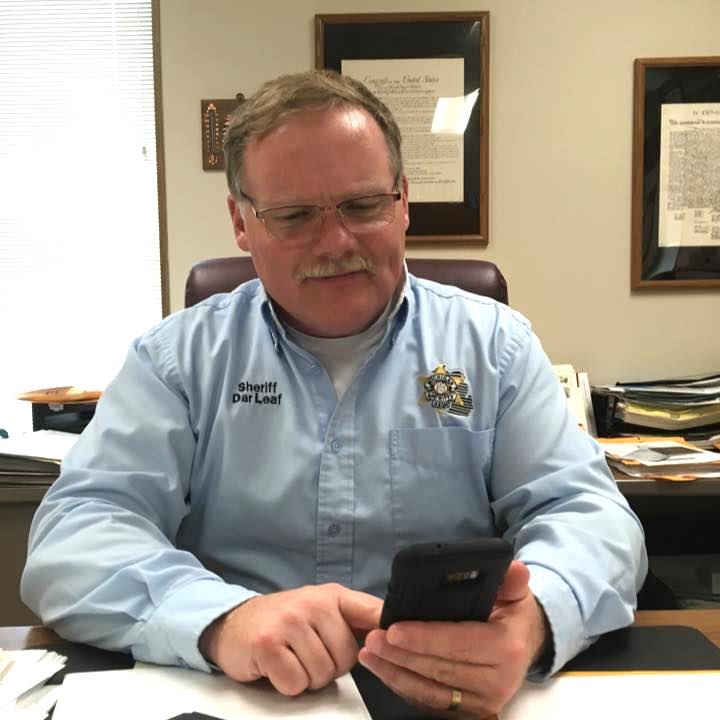 The New York Times reports on the small, but influential organization that counts several Michigan sheriffs among its membership:

LAS VEGAS — An influential network of conservative activists fixated on the idea that former President Donald J. Trump won the 2020 election is working to recruit county sheriffs to investigate elections based on the false notion that voter fraud is widespread.

...But at least three sheriffs involved in the effort — in Michigan, Kansas and Wisconsin — have already been carrying out their own investigations, clashing with election officials who warn that they are overstepping their authority and meddling in an area where they have little expertise.

“I’m absolutely sick of it,” said Pam Palmer, the clerk of Barry County, Mich., where the sheriff has carried out an investigation into the 2020 results for more than a year. “We didn’t do anything wrong, but they’ve cast a cloud over our entire county that makes people disbelieve in the accuracy of our ability to run an election.”

But Leaf presses on. His quixotic investigation has turned up nothing yet, and those participating may have committed crimes themselves, as when someone took custody of a voting tabulator. Still:

Over 18 months, Mr. Leaf’s investigative efforts have changed focus several times, and he has had three search warrant requests rejected for lack of evidence, Julie A. Nakfoor Pratt, the county’s top prosecutor, said in an interview.

Leaf gained statewide notoriety when he was a prominent figure in Lansing demonstrations opposing Covid measures, appearing on stage with some of the men charged with conspiring to kidnap Gov. Gretchen Whitmer.