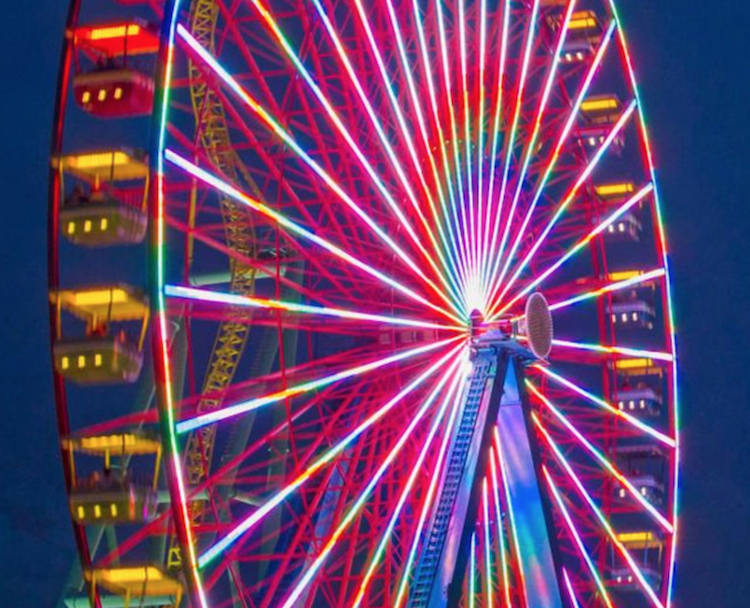 A couple riding a ferris wheel in Cedar Point in Sandusky, Ohio, got the attention of other parkgoers.

David Davis of Florida and Heather Johnston of Ohio, both 32, face charges of public indecency after allegedly having sex while riding a Cedar Point Ferris wheel Sunday night, WKYC reports. The park is a popular destination for people in Michigan and Ohio.

Authorities say a group of four females witnessed the two having intercourse inside the cart ahead of them around 8:30 p.m.

The witnesses — two of whom were minors — told investigators they clearly saw the couple's private areas and the sexual activity as well as feel the cart shaking, and that both Davis and Johnston knew they were being watched but continued while laughing.