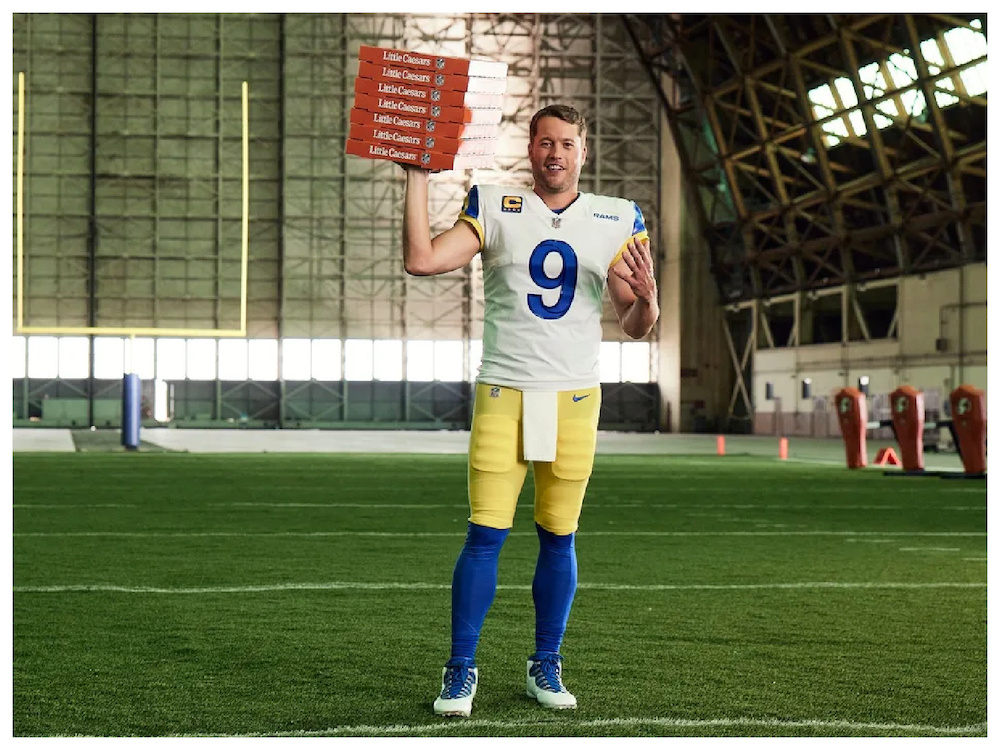 The ad is set at a training camp with employees and football fans trying to secure a Little Caesars pizza, reports Melody Baetens of the Detroit News. Little Caesars is now the official pizza of the NFL.

Stafford says in a press release that working with the Detroit-based company has been “a great experience.”

“I’ve had a lot of fun getting a sneak peek at some of the amazing things they have planned as the official pizza sponsor of the NFL, including this first commercial,” he said. “I’m excited to continue my work with this brand and to enjoy their delicious pizza while doing so.”